Torbjörn Appehl started his IT-career in 1997 as a customer engineer and later country specialist for AS/400 hardware employed by IBM Sweden. Later he became program manager for the BCRS (Business Continuity and Recovery/Resiliency Services) center, building High Availability and Disaster Recovery solutions for IBM i customers in Sweden.

After leaving IBM in 2008 he worked for a number of business partners including Atea, Evry (Now TietoEVRY), and CGI. He also worked with Arcad Software to bolster their business in the Nordics.

In 2020 Torbjörn founded the IT advisory company Built on Power.

He was a board member for 10+ years and the President for 7 years of the Swedish User Group Common Sweden (Formerly known as Data3). In addition he was also a member of the Common Europe Executive Committee for 3 years.

As the leader of Common Sweden he was a key player to move the sleepy organization into a very vital part of the IBM Power user group community. Among many things he produced a members magazine that was well known all over the world.

Besides this he started IBMiCompetence.com, a networking website where IBM i experts and community members can promote their services.

In 2016 Torbjörn was recognized as an IBM Champion for IBM Power Systems after being nominated by IBM staff in Rochester and Austin.

He has been organizing a number of large conferences such as Common Sweden Fall conference (It grew from 80 to over 200 participants after a members brainstorming meeting initiated by Torbjörn), he arranged Common Europe Congress (CEC) in Sweden 2016 with over 300 participants and later helped arrange CEC in Brussels, Warsaw and Berlin.

He is producing a number of newsletters around IBM technologies. A daily newsletter you can read about HERE

From time to time he is also helping IBM, IBM Distributors and IBM Business partners with spreading information and knowledge about IBM Power Systems.

As a speaker at conferences around the world he presents topics such as:

From IBM Magazine: Torbjörn Appehl Reflects on His 24 Years’ IT Experience

From IBM Magazine: How Clients Are Using Regulations to Springboard Organizational Change

Events I’ve been speaking at

60 things other platforms just dream about

May: Common US Navigate – Digital

20 Things other platforms just dream about

Why leaving the platform is a bad idea

Why moving off the platform is a bad idea, very bad idea

Why leaving the platform is a bad idea

September: IBM virtual even “IBM i Alive and Kicking” (put together the complete agenda for IBM) 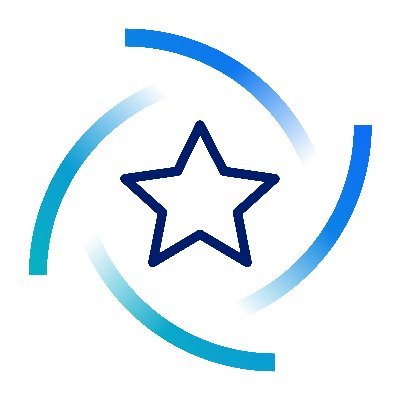 “The IBM Champions program recognizes these innovative thought leaders in the technical community and rewards their contributions by amplifying their voice and increasing their sphere of influence. IBM Champions are enthusiasts and advocates: IT professionals, business leaders, developers, executives, educators, and influencers who support and mentor others to help them get the most out of IBM software, solutions, and services.“

IBM Champions for IBM Power in Europe are:

On this page we are collecting information and links regarding SAP and Redhat on IBM Power!

https://www.ibm.com/case-studies/metalloinvest/
By adopting the SAP S/4HANA platform, Metalloinvest was able to shut down 100 IT systems and slash operating costs. More than 7,000 employees are using the new platform, which has improved efficiency and manageability. More than 2,400 employees use the SAP S/4HANA platform daily to plan and execute more than 34,000 maintenance orders each month.

Businesses with SAP HANA Appliances Due for a Refresh

“Many businesses started their SAP HANA journey as many as six years ago with SAP HANA appliances on commodity architecture. This was the only solution available at the time. Those businesses are now facing a costly scale-out expansion or possibly a complete technology refresh”

“Businesses that are running their datacenter on commodity architecture that have not yet moved to SAP HANA have a choice between appliances on commodity architecture and IBM Power Systems. Even if they have never had IBM Power Systems in the datacenter, bringing the platform in today provides a powerful Linux system with significant processor benefits.”

“There are many businesses that run their SAP business applications on IBM Power Systems with a traditional database, such as Oracle or DB2. For them, a move to SAP HANA (BW on SAP HANA, Suite on SAP HANA, SAP BW/4HANA, or SAP S/4HANA) involves their mission-critical processes and data. On the other hand, migrating to SAP HANA on IBM Power Systems will provide businesses with a significant database performance boost, easier administration and processing of vast volumes of business data, and faster user response time for transactional in-memory processing”

There is a new certification in place for AIX admins and we would like with this post try to help you get a better grip of what you need to know and how to acquire the right skills to become certified.

There are different ways of learning stuff as always. Courses are one way but reading Redbooks and other documents could be a good alternative and/or complement. Most links are taken from the original landing page for the certification, but we’ve added a bunch of other good links that hopefully helps in your journey to become certified.

You can get a sample test HERE

AN11G:Power Systems for AIX I: LPAR Configuration and Planning

Areas and objectives in the exam

This paper examines Red Hat OpenShift Container Platform (OCP) running on IBM® Power Systems as an effective platform for application modernization for a hybrid cloud environment. IBM tests show that the same multi-tier online transaction processing(OLTP)workloads on Red Hat OpenShift,running IBM WebSphere®Hybrid Edition on an IBM E950 Power System,can process 3.2x more transactions per second and can reduce the cost per transaction in a three-year TCO modelby 53%versus compared x86 servers. In addition to reducing IT costs, IBM Power Systems provide other benefits such as resiliency, security and scalability that are requisites for enterprise IT.